In recent months we have seen, all over the world, governments and health bodies faced with huge challenges around changing human behaviour on a massive scale in order to reduce the threat posed by the Covid-19 global pandemic.

Some efforts have been successful, some distinctly unsuccessful. But as strategic designers who specialise in creating behaviour change to drive better health outcomes it has been a valuable opportunity to observe and learn.

At ThinkPlace Kenya much of the work we carry out, all over Africa and beyond, relates to changing human behavior.

One of the projects we have been working on is an ambitious attempt to increase access to sexual reproductive health among young people in challenging environments where culture and religion are the main barriers.

Whether it’s a challenge like this or the prospect of getting people to wash their hands and practise social distancing to avoid a deadly virus, what we are designing is social norm change. It is more important now than ever before to create ways to influence large groups of people to behave in ways that are new or different for them.

If we can entrench these desired changes as new social norms then the impact will be less painful to achieve and the positive change more permanent. It will become the new norm, improving the quality of life among the people we are designing for and with.

That’s what got me thinking about swarming in animals...

Swarming is the spontaneous but organised motion or behaviour of a large group of individuals. It can be observed in nature at all levels of the animal and plant kingdoms.

Have you ever seen how giant shoals of fish move away from predators in a fast motion as if being controlled by an invisible brain?

The behavior is instinctive, collective and highly collaborative. And it is powerful.

Imagine if we could use this power to inculcate widespread adoption of healthier practices around hand washing? Sexual health? Child nutrition?

The emerging field of biomimicry seeks to create responses to contemporary human challenges by emulating nature's time-tested patterns and strategies. There are critical lessons from swarming behavior that we can apply in our social norm change projects. What are they?

1. There are no leaders in a swarm yet they seem to move and act in the same way

While this has sometimes worked historically, this model takes a lot in resources and risk to execute.

With swarming, change of behaviour in animals is almost instinctive and very well coordinated. You can see it in the way ants build complex mounds which rise more than 6 metres  and go the same depth below the ground.

Is there anything we can learn from this when it comes to changing social norms? How might we develop interventions that don’t require a leading person or group and which aim to create almost a shared instinct towards the desired behaviour?

2. The swarm is more intelligent than the individual

In nature, individual animals are sometimes captured by predators because they step outside the collective behaviour of the swarm.

There is a sense of safety in the swarm and of danger for those who deviate from it. A shoal of sardines is said to come together and form the basic shape of a giant shark whenever they come across predators. How and when did they learn to do this considering there are no signs that there is a leader in the shoal?

In our work around social norm change, we’ve learned that creating perception of mass uptake of a certain behaviour can influence members in a certain group to feel out of place and encourage them to conform.

I believe that this is because of an instinctive wiring that warns the member of ‘capture’ should they step outside of what everyone else is doing. Remembering that there are usually no leaders when it comes to swarming behavior, can we use this perception as a trigger to achieve the desired behaviour change in a group?

3. Operating as a swarm is more efficient than as an individual

Have you ever tried operating solo as a consultant? I bet you can still have the scars to remind you how hard it was. Working as part of a group of consultants or as a company presents more opportunities. It’s more efficient.

Migratory birds sometimes form a v-shape during flight. This enables them to reduce drag and conserve energy. It’s why a trip by an unaccompanied willow warbler from the freezing forests of Russia to the savannahs of East Africa would be impossible.

Likewise, collaboration with and among a group where we need to trigger a desired behaviour change is key for faster and more sustainable uptake. Rather than focusing on early adopters, can we influence the group as a whole?

4. The most effective swarms operate via simple rules

Insects such as ants and bees operate with simple rules that determine the success of the swarm or colony. An example might be: ‘never crash into the insect in front’.

This allows ants to form superhighways that are constantly moving and have very few collisions. If a bee needs food during a nectar finding run, the next bee automatically secretes sugar for it. Therefore, the risk of some bees in the swarm dying as a result of hunger is minimized.

In human beings, simple rules lead to better chances of the desired behaviour compared to complex ones.

We’ve seen this, recently, as governments around the world have tried to introduce new behaviours around social distancing. In places such as Singapore, South Korea, New Zealand and Australia -- Where those rules have been relatively simple and clearly communicated -- results have been much better at suppressing the virus.

As behaviour change specialists ourselves, we are always watching and learning. Are there simple rules that we can introduce that will organically drive up self-testing for HIV among young men in rural Africa? How might we entrench them?

5. No matter how you scatter the individual in a swarm, the swarm will always correct itself

An individual mimics its closest neighbours Each organism quickly assesses the organisms surrounding it, determines the common behaviour and adopts it. The swarm corrects itself constantly despite random interruptions by external forces.

In social behaviour change this could be very useful in ensuring that a desired behaviour can be sustained organically, even as some inputs change. Think of the current context. When pandemic conditions alter, huge effort must be channelled into communicating different rules and expectations to a mass population. Restaurants were closed, now they are open. Gatherings were restricted to 10 people, now it is 50. Maybe there's a better way.

CAN WE HELP WITH YOUR BEHAVOUR CHANGE PROJECT? CONTACT kenya [at] thinkplace.co.ke 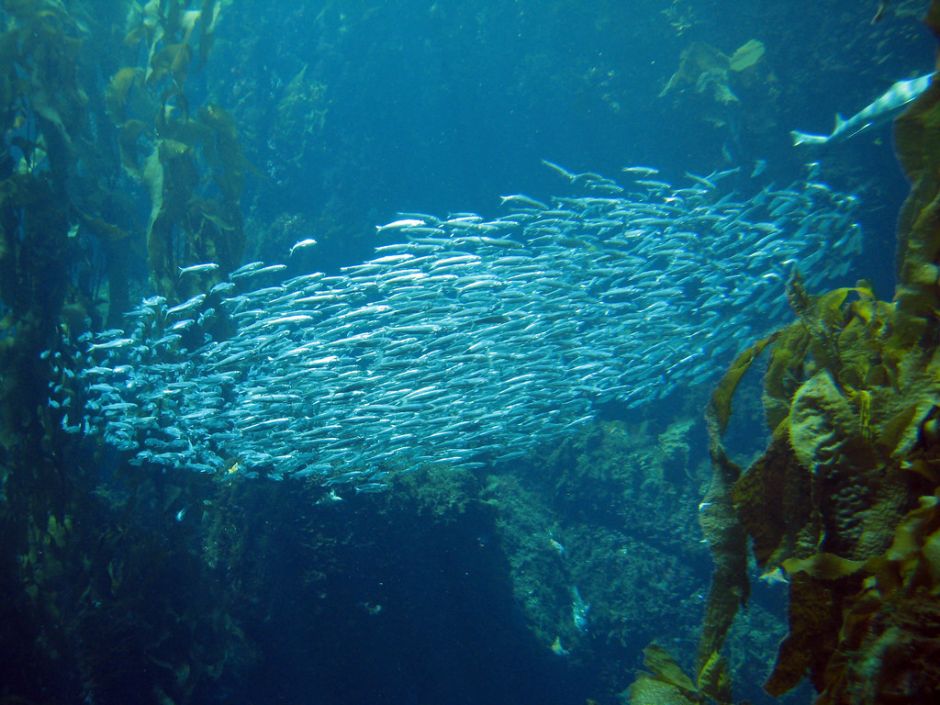