In PART ONE of this series we introduced the community of Del Norte County, an area in northern California that faced longstanding and seemingly-intractable challenges around health, education and social cohesion.

Part TWO explored how ThinkPlace joined with community groups, leaders and everyday people in 2015 to begin a radical approach to tackling these complex issues via a series of connected, collaborative interventions built on a foundation of capability building and empathy.

Part THREE will examine how that work was carried out and the significant impact it is having.

Ask Michelle Carrillo from Building Healthy Communities about the moment when she knew that old roadblocks were breaking down and she quickly answers.

“When we saw a city council vote to spend funding on a project developed by empathy sparked systems change because they were involved in the insight gathering and outreach.”

“The empathy had transformed their view of the issue and they wanted to be in service to the goal of all kids reading and to all people having access to the food they need .”

The ThinkPlace approach began by exploring key areas at the intersection of the endowment’s intent and the community’s need.

This involved introducing and exploring the idea of systems thinking. We explored the possibilities for a changed user experience that would be sustainable and community-owned. Rather than focusing on the demotivating metrics of system failure we engaged the imagination and storytelling impulse of community members to ask: What would a better experience or a better future state look like? How would it feel?

Through this lens we examined how we might make changes in different systems -- the education system, the health system, the food system – to drive a real, lasting shift towards our shared objectives.

The intention – both from the California Endowment funding the work and the design team itself – was to spur a change that is sustainable and self-sustaining. A change that endures beyond the funding cycle because it is embedded in the way people live, feel, think and act.

From these early explorations emerged four linked initiatives that were used to introduce the design thinking process to a group of people for whom it was entirely novel:

ThinkPlace staff helped assemble and train a core design team for each initiative and then worked with those teams to arrive at a shared intent. For each group, what would success look like? What would be the aspirational goals that kept their eyes fixed on the horizon, even as they crafted interventions anchored firmly in the challenges of now?

Where would they find the extended network of community partners needed to make their vision a reality?

These extended networks have been critical in bypassing the turf wars and self-interest that can sometimes happen when service providers compete for resources or simply to be heard.  Instead we are seeing organisations with diverse needs and responsibilities come together with a shared commitment to action.

For example, the extended network for literacy includes up to 10 service providers including court appointed special advocates, the childcare council, early-childhood service provider First Five, the community library and more.

Within Building Healthy Communities each extended network cooperates to drive necessary change within their sphere of influence. When it became apparent that kindergarten readiness was identifiable as a barrier to later literacy outcomes the childcare council was able to find and create additional subsidised pre-school places.

The spirit that drives these networks is born at the empathy sparking stage. Participating in the gathering of community insights catalyses the shared understanding and intent that are needed to make change happen at an implementation level.

This approach has taken time but also built a permission structure for action and the skills within the community to drive change. It has energised those who took part.

In a place where population is sparse and often separated by geography each of these initiatives is being worked on by 15-20 community partners, all with a shared sense of mission and an underpinning empathy for the people they are designing for.

“It has just been so galvanising,” Leslie Tergas says.

Having a shared sense of purpose and an understanding of the connectedness of services, people and objectives has proven a game-changer.

“The shift for system leaders to work with community to redesign systems and enact more equitable policies has been huge,” Michelle Carrillo says.

“People in the initiative used to only talk about a program they were working on but now the focus is less on that and more about who we serve.”

Amongst other things, Michelle Carrillo says, “We have seen tangible impacts in access to preschool, number of kids ready for kindergarten and the quality of care programs being offered at preschools across the county.”

Grade three reading levels are on the rise as are a host of other indicators.

Food is another area for innovation. The Seamless Summer meals program offers free school holiday breakfast and lunches to 0-18 year-olds who rely on school food to feed themselves. Up to 50,000 meals are now handed out in a single summer under the program.

But as well as putting food in the bodies of young people this project has additional benefits. The greater volume has helped generate extra purchasing power for schools, resulting in more than $50,000 being channelled back into the community in one year alone.

The lesson of Del Norte is that just as disadvantage is an interconnected complex system, so is the road out of it. Using and enhancing those connections can create new possibilities and positive feedback loops.

Ask Michelle Carrillo when the ‘Mission Accomplished’ sign will be hoisted in Del Norte and she is quick to say ‘never’. But the goal is clear and progress is encouraging:

“For a community to have the ability to solve its own problems and those closest to the pain have voice and leadership in shaping the future of the community,” she says.

“That’s our goal. This work will never end but my job is to embed empathy into the fabric of how our community works together to solve life’s most intractable problems.” 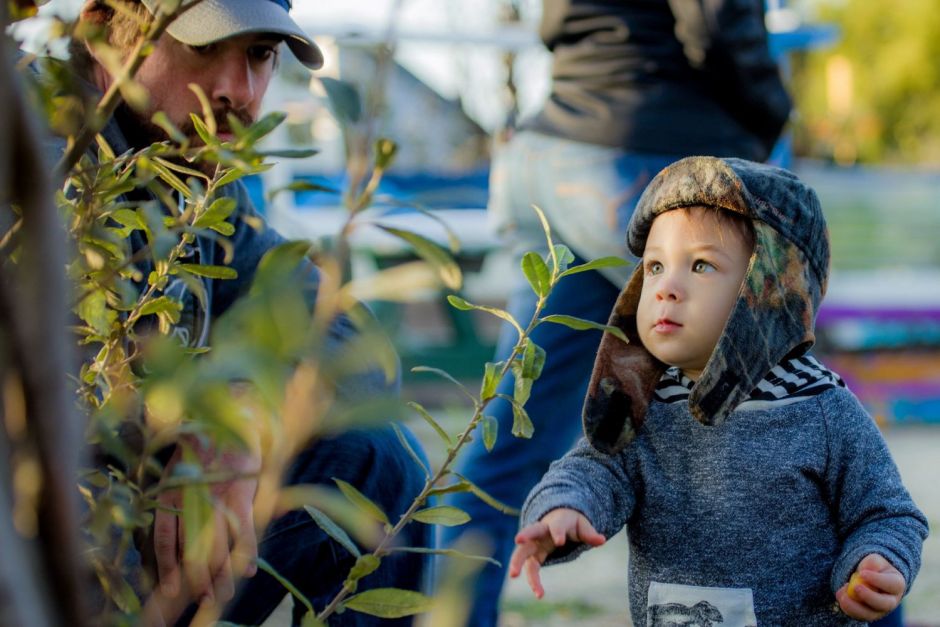