In the chilly basement of a hotel in the Simien Mountains of Ethiopia, we sat listening to a diverse group of people from the local community read out their ideas.

There were farmers from a nearby village, Federal Government representatives flown in from Addis Ababa, Orthodox priests and Muslim leaders, school principals, health extension workers, and more.

Together, we were ideating, or brainstorming – always an optimistic, divergent part of the design process where potential solutions come to life. In this case, participants were coming up with ideas of how they would address stunting and undernutrition in their community.

Stunting, or low-height-for-age, is one of the most common measurements of chronic undernutrition. Almost half of Ethiopia’s population of children under the age of five suffer from stunting and almost half of all child deaths are associated with undernutrition. For those that survive, stunting can lead to lifelong limitations on health, learning and development.

The Government of Ethiopia has signed the Seqota Declaration to change all of this. By the end of 2030, Ethiopia aims to have ended childhood stunting for children under 2 years old.

Globally, ThinkPlace has aligned its mission with the Sustainable Development Goals and ending stunting is an important part of this global commitment.

That is the ‘what’ but this story is mostly about the ‘how’.

In order to address this complex challenge, the Ministry of Health, Big Win Philanthropy, and ThinkPlace are developing “community labs,” a multisectoral group at village level who combine tried and tested solutions with innovative experiments to address undernutrition.

The group in the Simien Mountains was one such lab and it was their first meeting.

“I’ll never teach my congregation something that I haven’t been taught myself…” said one of the Orthodox priests, as a lively discussion bloomed about a topic that’s very specific to the Ethiopian context: fasting.

In some other religions, fasting implies a complete abstention from eating – not in Ethiopia. Although self-declared vegetarians are rare, modern-day Ethiopians fast by effectively becoming vegan for the day. They do not consume any animal products and most Orthodox Ethiopians will not even touch a piece of cutlery that’s been used around a dish that contains an animal product.

Throughout the year, Orthodox Christians in Ethiopia fast two days a week on average, not eating until at least 12pm, and then only eating vegan the rest of the day. During holiday seasons like Lent, they fast for everyday of the week. Considering all fasts, Orthodox Ethiopians spend more than half the year as vegans.

Ethiopia is the land of Biblical individuals like Solomon and the Queen of Sheba; the land of Lucy, the most complete and most ancient early human skeleton known to the world; and the land of Africans who proudly declare their never-been-colonized status. The interrelatedness of faith, power, knowledge, and tradition are part of the Ethiopian DNA.

We knew these issues were something we needed to address head-on with the Labs.

When he mentioned teaching only what he’s been taught, the priest was referring to the widespread Ethiopian understanding that every Orthodox Christian must fast -- even pregnant women.

For a designer who works in complex systems, this begs the question: how do we increase prenatal health to reduce stunting and undernutrition, when pregnant women are required to fast? How can we ensure pregnant women are consuming the diversity of nutrients and protein needed for a healthy birth?

For what seems like such an intractable problem, mechanisms like the community labs can be powerful in revealing potential solutions. The concept of a ‘lab’ is a relatively popular concept across governments and industries, because it goes beyond a typical working group, committee, or meeting by encouraging genuine collaboration and co-creation.

Labs help diffuse knowledge and power structures and provide an equal footing for everyone in the room to share their expertise. Most problem solving in Ethiopia involves privileging seniority and sector-specific expertise, leading to top-down initiatives informed by quantitative data sets and objective measures.

Labs provide an alternative pathway: they are inclusive of informal, non-traditional forms of expertise and experience, and because they are focused on shifting behavior around nutrition, they take into account the qualitative, the irrational and the human.

That’s not all. Rather than focusing on what we know now, the Labs commit participants to brainstorm solutions based on a shared vision of the future (in this case ending stunting in their community by 2030)

Lab participants strategize by working backwards from that vision rather than by limiting themselves to current constraints. This future focus has led participants to consider how to ‘re-brand’ and promote nutritious, vegan foods that pregnant women can consume while still complying with important religious and cultural norms.

In 2015, the world planned to reduce stunting by 40% by 2030, but Ethiopia aimed at eradicating it. Its chosen method: an all-inclusive, community-based innovation team looking to address local problems through highly contextualized solutions.

Given Ethiopia’s complex culture and intricate social subtleties, the community lab has proven a powerful space for new connections and new problem-solving – even a problem as complex as one involving pregnancy, veganism, and Christianity. 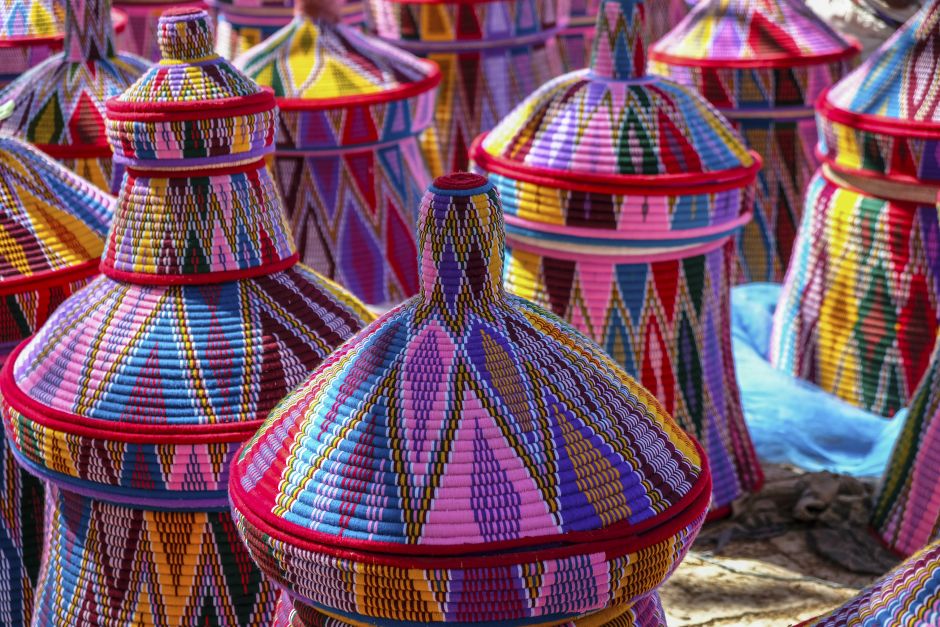